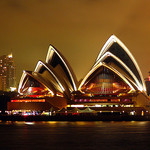 Several years ago, I heard a presentation at the Emerging Writers’ Festival on the importance of place in story. Author Rachael Hennesy was one of several writers on the panel, and she observed that to her, place is personal no matter where you live. She had spent years living in various cities and towns around Australia, and her experience of them was ultimately different from that of others living in the same place. By this, she meant her time in Sydney was in a scuzzy one bedroom student apartment that was still so ridiculously expensive that she had no cash left over to experience any of the luxuries of Sydney living. Compare this experience with a millionaire (of which there are many in Sydney) living on the waterways, or even a middle class white collar worker in the same city. The things they see, the people they interact with, their daily lives are inherently different and this colours the experience and perception of place.

On a personal level, I related to what she was saying. I grew up in Whyalla, a small city in regional South Australia. It’s economy is based on mining, and One Steel (formerly BHP) was the largest employer when I was growing up. I was the daughter of a professional and my parents’ friends, for the most part, were other professionals. We lived in a nice house in a well maintained street, and were basically well and truly middle class. It was only when I went to the local State High School instead of the private catholic one, that I began to understand not all people in Whyalla lived the way my family did. There was a large trust home estate ‘out west’ consisting of utilitarian cement blocks, usually of a cheery prison grey. Lots of my peers at the high school came from these homes, and many of them had different life experiences, aspirations and expectations to me. The way they dressed, the things they got away with (drinking, smoking, wearing metal band t-shirts etc) and their lack of respect for homework would have seen me grounded forever had I tried to act the same way.

I’m not saying one way of life was better than the other, I more than made up for my sheltered goody-goody upbringing once I was in my twenties. Let’s just say I was a late bloomer who is glad her twenties are behind her and she’s comfortably boring and goody-goody again. My point is that in a city of approximately 25 000 people (it’s now less I believe), my Whyalla was so vastly different to other people’s Whyalla. My story and experience of this town is legitimately my own, and yet it won’t resonate with many others who lived just streets away.

All of this is a long winded way of getting to my point, which is this: a good story can be set anywhere. Setting is part of  story, and it will be unique to the teller of the story no matter where the location. Example: Angel and Californication. Both set in LA, both very different versions of LA. Friends and Gossip Girl: both set in New York, both different versions of New York. A Tiger in Eden tells the story of an ex IRA soldier and presents a different Irish world to the one readers experience in the books of Marian Keyes. Ultimately, point of view influences setting, and while you may have the same landmarks and weather, everything else about a place can be different.

I’ve written a book. It’s set in Adelaide, South Australia. Several readers (note I said ‘readers’ not ‘friends’) have given enthusiastic feedback and look forward to seeing the published version. The reality for new authors in this digital age is that the prospect of a traditional book deal is less likely than a digital first imprint. In other words, publishers are more prepared to take a chance on an untested author through an e-book deal with later print copies if demand is high enough, than a traditional ‘straight to the bookstore’ deal.

Here’s where my problem arises. Submission guidelines from many digital publishers state that they prefer an  ‘international setting suitable for a global audience’ (yes that is a quote from one such digital publisher). Reading between the lines, that means if your story is set in Australia, it better be set in Sydney or some stereotyped version of the outback. Melbourne might be OK in some circumstances. But Adelaide? Fuggedaboudit!

This gets my back up. As a reader, I love reading about places I’m unfamiliar with no matter where the physical location, and a new perspective on a place I know well is also great. If the story is good, location should not matter. Why is a lesser known city in a lesser known state of Australia preclusive of my story being acceptable? I mean, all Aussies know there’s far more to Australia than the Sydney Opera House! And that’s what spurned my idea for an anthology of short stories with diverse Australian settings. I would produce it myself with editing assistance from another professional writer pal (Jo South) and get it in all the major e-book stores. To learn the process, I did a course run by digital publishing guru, Emily Craven (http://ebookrevolution.blogspot.com.au/). She makes it look easy-peasy!

I decided against stipulating a theme or genre so the book could showcase all types of stories, so long as they take place in Australia. I wanted the good, the bad, the luxurious, the slums, the rainforests, the incredible drive between Mt Barker and Strathalbyn. Get what I’m saying? Quite simply,  I wanted to show the world that  there’s so much more to Australia than restrictive stereotypes would have international, and even other Australian, readers believe.

So that’s my rant, and that’s why I want to do this. If you have a story you’d like included, I’d love to hear from you. The word limit is between 1 000 – 5 000 words, so that gives you quite a lot of leeway. Let’s show the world that there is so much more to Australia than our lovely Sydney Opera House.